Interfaith Prayer Service Held in Response to “The Response” 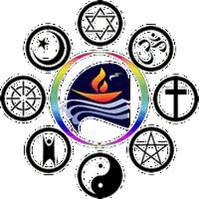 First Unitarian Universalist Church of Houston will host an interfaith prayer meeting on August 6th at 2 pm in response to the American Family Association’s “The Response” day of prayer and fasting. The event will bring together Jewish, Buddhist, Muslim, Unitarian, Christian, Pagan, Agnostic and Atheist people in a celebration of everything that prayer is and can be.

“The Response” is a day of prayer and fasting organized by the American Family Association and promoted by Texas Governor Rick Perry. The AFA is classified by the Southern Poverty Law Center, a pro-bono legal service provider and advocacy center, as a “hate group” due to “their propagation of known falsehoods — claims about LGBT people that have been thoroughly discredited by scientific authorities — and repeated, groundless name-calling. Viewing homosexuality as unbiblical does not qualify organizations for listing as hate groups.”

Rev. Adam Robinson, who is organizing the event, says that he wanted to be clear that in expressing concern over the AFA’s “The Response,” that he was not perceived as being anti-prayer. “I will on that day be praying for those present at our gathering our nation for Texas and for Houston. I will also be praying for the many thousands whose prayers that day despite any physical, philosophical, or theological distance, will be mingled with ours as they are raised up.”

The event will include a variety of musical offerings from Houston musicians and faith communities, including the Gay Men’s Chorus of Houston.

Grace is not your average Lutheran church.

At Grace, we embrace everyone, regardless of gender, race, disability, sexual orientation, or gender identity. You see, we are a Reconciling in Christ Lutheran church, joyfully following God's call to love one another without judgment, without fear, and without discrimination.

Sundays
Christian Accountability Group 9:00 am
Communion Service at 10:30 am

Promote Your Page Too

Bread for the World